And now, something completely different.

“I am an optimist, but I don’t understand what good can come out of this…” – that was my first thought when the doctor said the diagnosis.

It was nothing terrible, just a torn front ligament of my left leg. Lack of practicing and not enough warming up before the amateur badminton tournament. Or I’m simply getting old.

Diagnosis meant staying in Zagreb for at least the next half a year. Just when the winter came. Just when I was warming myself up for another trip to some warmer places. But that’s what happens when people plan. There is one saying that once stuck in my memory: If you want to make the gods laugh, just tell them your plans.

The operation was scheduled a couple of days before Christmas, and it went great. One day later I was out of the hospital, in the rented studio apartment in center of Zagreb, with stools beside the bed and the leg in the orthosis. I knew there was a painful recovery waiting for me to last between 6 and 9 months.

Next days were all about watching endless movies, going to rehabilitation, practicing on the floor of the apartment, and thinking about the same thing again and again – what good can come out of this? 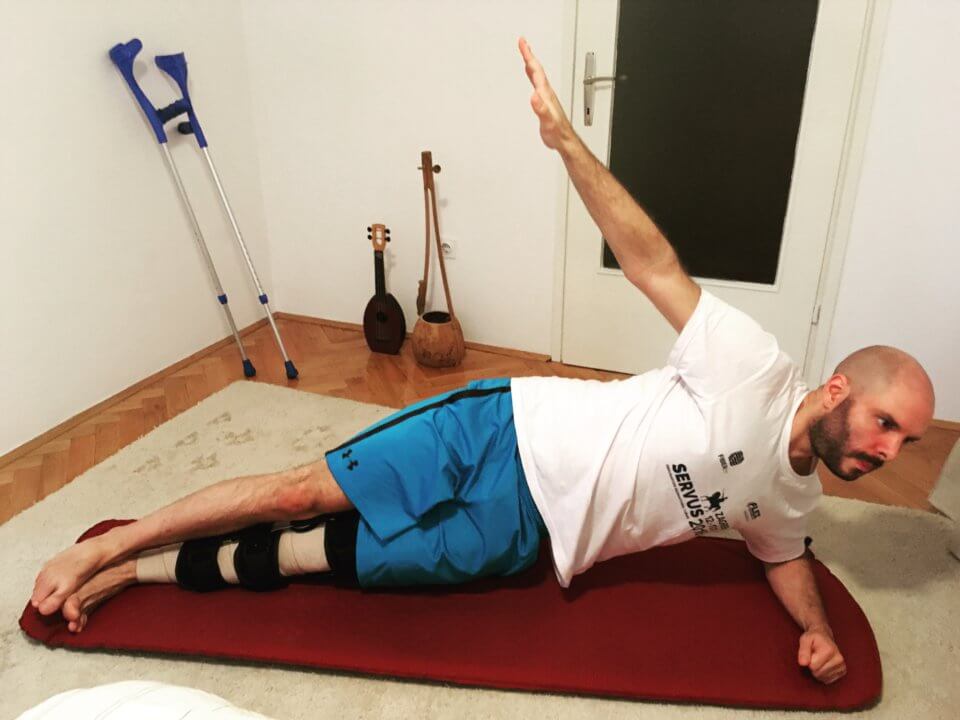 It reminded me of my travels when I asked myself that same question after any unlucky event – when I was lonely, hungry or sick, waiting for hours and hours for the mercy of passers-by, when someone cancelled my accommodation in the last minute. And at the same moment I reminded myself of the solution. Adapt to a new situation. Stop asking myself what good can come out of this, and take a step. Figuratively speaking. I just needed to take a random path. Something will come up. It always does.

“I’m going to a bartending school!” I said to one of my friends that was visiting me. “I am stuck in Zagreb anyhow, I can learn a lot from watching YT videos, and last year I was making mojito’s at the Zagreb street festivals and it was really fun.”

“Wait a second”, he was shocked. “After you traveled the whole world, wrote two books, held a bunch of lectures about your travels, you want to be a bartender?”

“Well, yes!” I replied. “I really like that job. I can be creative, impress people with my drinks, and in some way I can travel – only people in this situation come to me. Traveling without traveling.”

“You’re not normal,” he concluded.

It was not the first time I heard that statement. I heard it before and during my travels. Well, it would be strange not to hear it when I’m going to do a job that fewer and fewer people want to deal with – hospitality. When a commonly accepted statement was everyone can be a waiter, for which I knew it was not true. Everyone cannot be a waiter. Or a bartender. I mean, they can, but everyone cannot be a good waiter or a good bartender. To be a good hospitality worker, you have to make a great effort. You need to know the job, you need to be honest, you need to be happy.

When I was traveling, I wanted to send a message to the world that travel doesn’t have to be a dangerous and expensive sport. That the world is a much nicer place than we think. That people in the vast majority are harmless and willing to help.

When I will be a bartender, I will try to send a message to the world that it can be a phenomenal job. I will try to tell everyone my theory that the world would be a much nicer place if every hospitality worker smiled and did his/her job properly.

The diploma was in my hands, and before me the first competition in making cocktails. Junior Bar Challenge.

“I suggest you make a cocktail with tequila as your base spirit”, Filip suggested, my cocktail professor. “Tequila will most likely not be used by any of the other contestants because it is quite difficult to make a good cocktail with it, especially for beginners. But, if you do that, the jury will definitely know how to reward you.”

Now I just had to decide about the other ingredients, the story and the name that would accompany the cocktail itself. Since I have never made any cocktails in my life, and I’ve written a lot of stories, I decided to reverse the tactics. First, I’ll figure out a story, and then I’ll figure out what to put inside.

Like with traveling, my best friend was logic. I had one ingredient – tequila. Where did it come from? Mexico. Which is my first association of Mexico? Sombrero, poncho and moustache. Okay, I know how I’ll dress on the day of the competition. Mariachi. Okay, I know what kind of music I’ll play in the background. Mexican food. I’m not gonna get into food, I got to focus on the cocktail. If I get dressed like a Mexican, if I’m playing Mariachi, if the base alcohol is tequila, maybe it’s a good idea that all the other ingredients are Mexican as well. I asked Google which fruits grow in Mexico, got some answers, and concentrated on the three that I love – pineapples, mangoes and lime. It will be a fruit cocktail, refreshing, but strong. You will be able to drink a lot of it, but you should not exaggerate because tomorrow will come, and we all know how one feels after a night with too much tequila.

That’s how I got the name for the cocktail. One of my life mottos – Use, don’t abuse.

Cocktail was perfectly balanced from the first try (either I am extremely talented or extremely lucky – second option is more likely), I decided to serve it on a wooden board with a horseshoe (the trademark of the sponsored tequila I used), and with the cocktail I served fresh mango, and beside it a cactus as a reminder of the dangers of seemingly innocent drink. 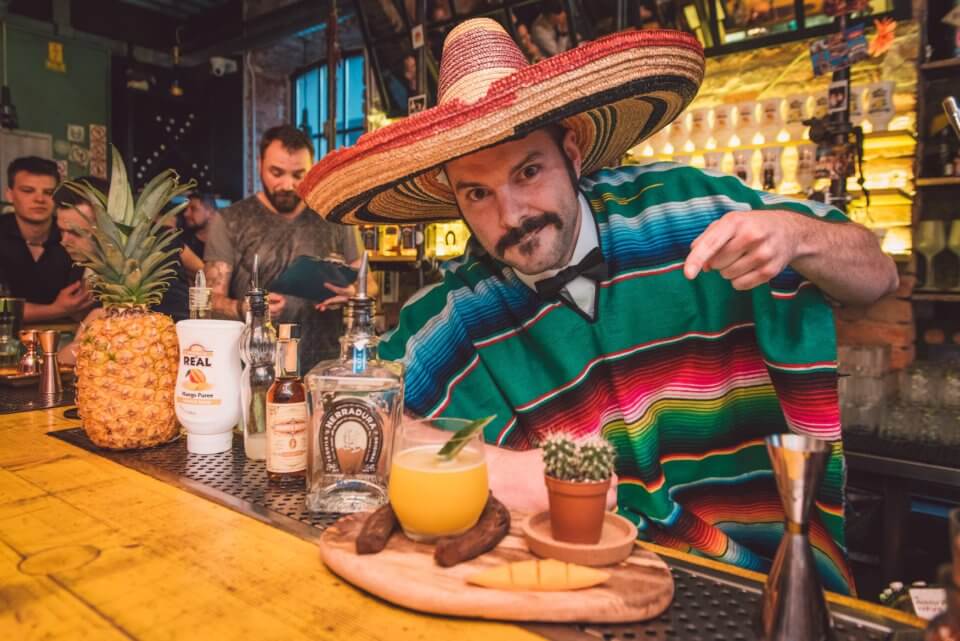 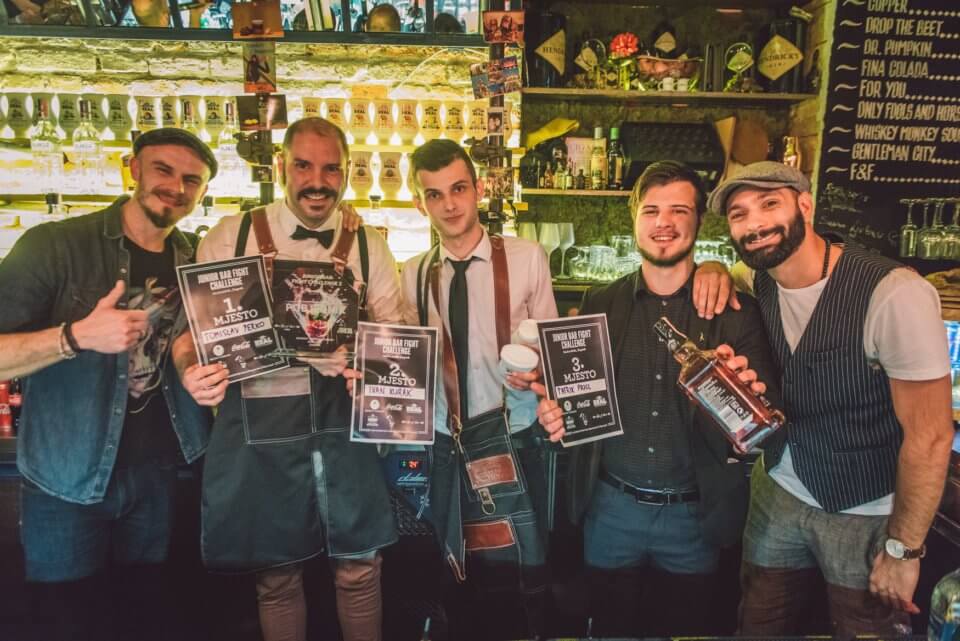 The cocktail was included on the Swanky Bar cocktail list, and I, encouraged, spent another summer at the Zagreb Street Festivals, traveling without traveling. Comparing to last year, I increased the number of cocktails by few hundred percent, each festival I introduced a new cocktail to our menu, played with the dehydration of fruit that would serve as a decoration, thought about the viability of each ingredient.

I was working my ass off, and I was loving it. 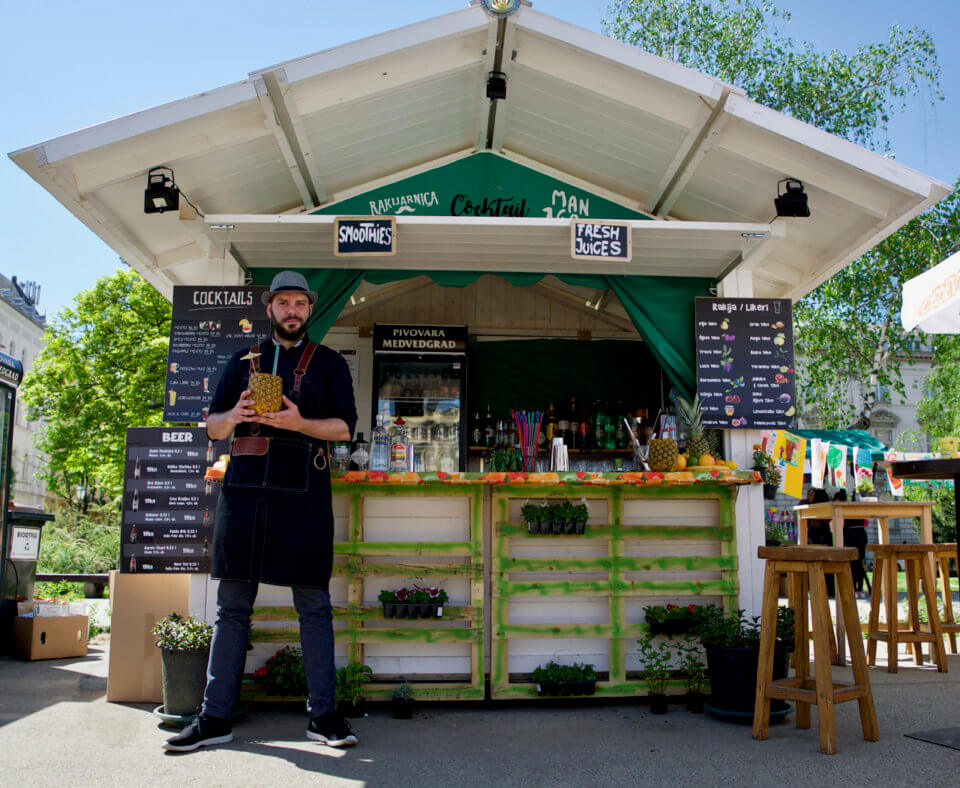 “Mongoose, we need another person to work for us,” I suggested to my last year’s boss, this year’s partner. – “We’re not going to manage everything by ourselves.”

“Maybe I could work here,” a girl said, as she came back for the eighth round of strawberry mojito in a pineapple. She didn’t drink, but her friend did.

“Yes, so?” she replied cheerfully. “I also have bunch of work experience behind the bar.”

We knew that. Along with the work of the architect, she worked in our second home, the pub where we went to in the breaks between the festivals.

“How much money would you be satisfied with?” I asked her, hoping for only one answer.

“I don’t care about the money. I want to work and you can pay me how much you can” she guessed exactly what I wanted to hear.

I looked at Mongoose with a significant glance in my eyes. It was a deja vu from ten years ago, when I, while still working as a stock-broker, was looking for a job in his juice bar. He realized what I was silently trying to tell him. And he posed the question he asked me ten years ago.

“Okay, so it wouldn’t be a problem for you if you worked for free?” he looked her directly in her eyes.

“Nope.” he smiled, accepting the game.

With my new colleague, the job went even better. Together we were more creative, and her idea of ​​using edible glitter in gin tonics brutally increased traffic to our little cocktail stand and brought us to almost every media reporting news at the festivals in Zagreb – a gin tonic with glitters! 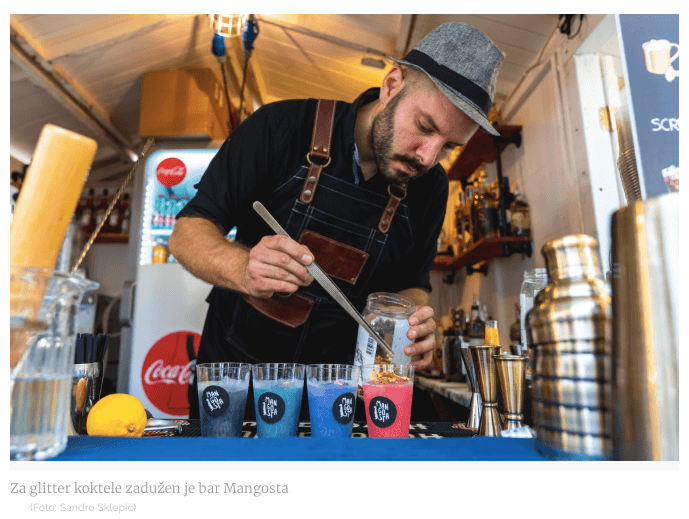 We started hanging out outside of working hours. Went to movies. Started dating. She moved into my little studio apartment. Along with her doberman. In less than three months we practically became a little happy family.

“What are we going to do about Christmas festival?” Mongoose asked me when the autumn arrived and summer festivals ended.

I didn’t feel like staying in Zagreb. It would be the third winter in a row in the cold metropolis. Freezing my ass off on the street festivals, and cocktails are not really selling in that part of the year. I wanter to go somewhere warmer. I wanted to learn more about cocktails. I knew that my knowledge was still pretty limited. I wanted to learn some new tricks, apply some new techniques, discover new flavours, make another cocktail of my own…

When researching bartending schools, I found one of the most famous ones – EBS: European bartender school. Course lasts for a month, its really intense, and they have schools on pretty much every continent. After a couple of e-mails, the decision was made.

“Don’t count on us” it was my answer. “We are going to Thailand.”

That’s what good can come out of one unlucky torn ligament.

Bali, and few other stories.