To travel, and be paid for it at the same time – is there anything better in this world?

Reality is that not a lot of people manage to turn their travels into a source of income, but its definitely doable. And in this article I will describe my path to travel sponsors.

Before we start, I would like to point out that lack of sponsors (or money generally) should’t discourage you to travel. Sponsors are just cherry on the top, because you can definitely travel without them – ask 99,9% of the travellers that went on their trips with no sponsors whatsoever. Life on the road is not that expensive, after all. 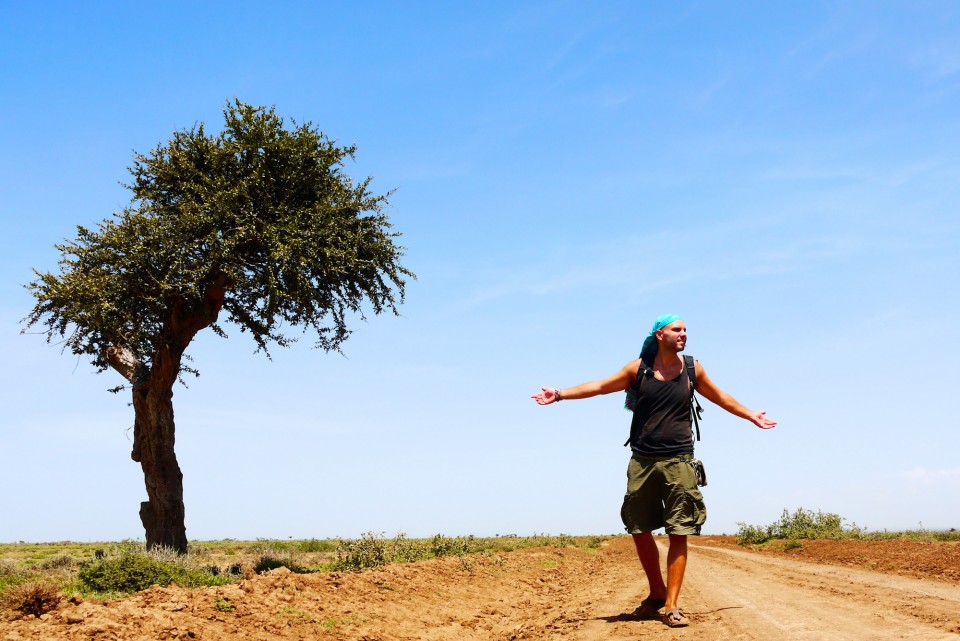 My story started in spring 2010. when I held one lecture about CouchSurfing. Of course, I wouldn’t be called for that lecture if I haven’t had two-year experience with hosting, and one year with surfing via CS.

After that lecture, where I met some famous Croatian travellers/travel writers, it occurred to me that I could make my travels into a career, like some of them did. But, there was a huge difference between us – I wasn’t a writer, photographer or a filmmaker. And above all, I was a complete anonymous. At first it seemed like there is no way out.

Since after this lecture I was studying for my marketing exam, I started having all sort of ideas. And then, like a true economist, I put everything down on paper and thought about my competitive advantages.

And the idea I came up with was that most of the travellers go on their adventures with some financial backup, while I never had that. I decided that thats it – promoting alternative ways of traveling – hitchhiking, CouchSurfing, etc. The market is huge, because everyone wants to travel, and nobody has any money.

HOW TO COMMUNICATE WITH THE PUBLIC?

Step number two was – communicating between myself and the potential market.

I didn’t have to think too hard, the only way I could reach enough people, as an anonymous, was – Internet. I didn’t even have to think too hard to choose the communication tool – Facebook. Everyone uses it, I know my way around it, and I even got some positive feedback from friends that checked my photo albums from my prior trips around Europe. I’m not that good with photography or writing, but the combination of the two was obviously giving good results. So maybe I should try it out, in a more professional way?

Even though I didn’t need money to make a FB page, if you want to do it properly, you have to work a lot on it. And be prepared that people will get on your nerves telling you how you spend most of your days on “that stupid Facebook”. 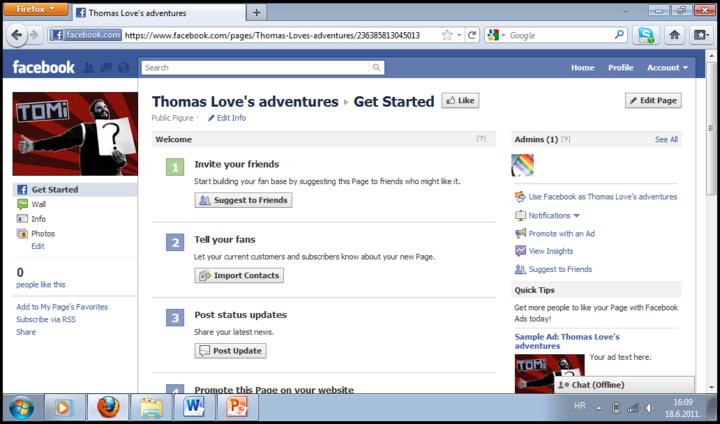 After couple of days working on my slow computer (uploading pictures from my first three trips, writing comments in Croatian and English, tagging…), my FB page was ready for the public. I invited all of my FB friends and asked them politely to share it with their friends, and I went to the airport, off to a new adventure – 50 days enjoying in Andalusian sun.

While I was wandering in south of Spain, number of my FB fans rose. Most of them were my friends and their friends, but then the increasing stopped. At that time you could still at once invite all of your friends to like a page, so I decided my first marketing step – I offered postcards to people that invited their friends. I thought that was fair. 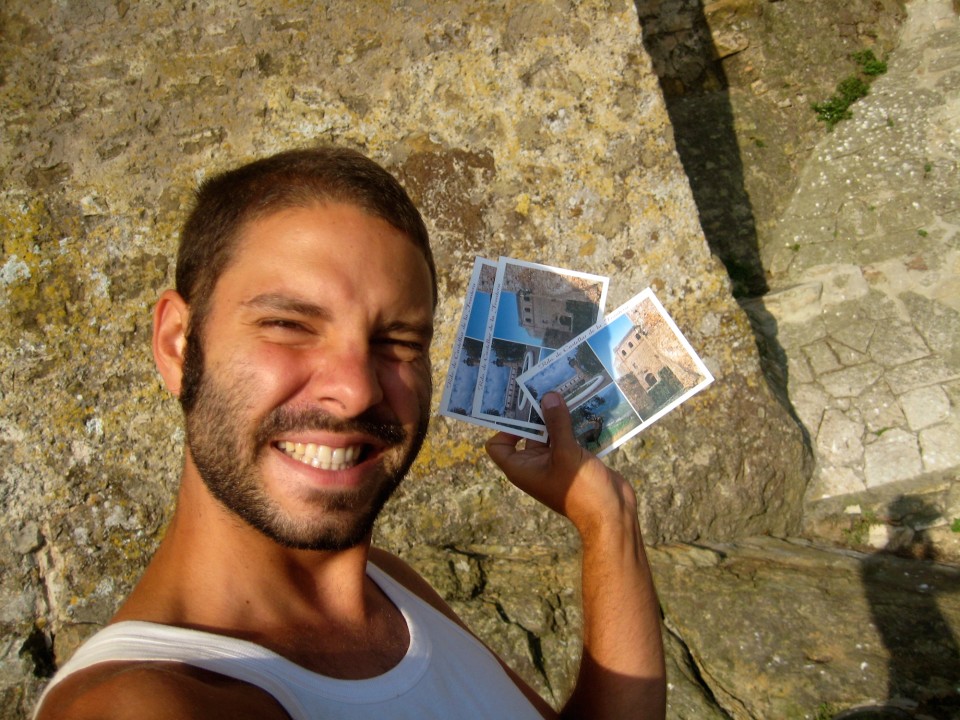 Reactions were great. Not only people invited their friends, a lot of them said they didn’t want a postcard and wanted me to keep the money.

GET INTO THE MEDIA

When I came back from Spain, more and more people were writing to me saying they would love to travel like this, but they lack courage or company. Because of that, I decided to organise an adventure for everyone interested. Thats how the idea of hitchhiking race from Zagreb to Istanbul was born.

At the same time, I tried my luck with another media – TV. After only one email sent, Croatian national TV station hosted me in their morning show where I talked about my travels and hitchhiking race that was about to start in couple of weeks. The show was great, they showed the name of my page on the air, which resulted with many people liking my page and few emails of people that are interested to embark with me on a trip to Istanbul.

The preparation could begin, and the story was published in various newspapers. More and more people heard about me and my FB page, which was one of the goals. 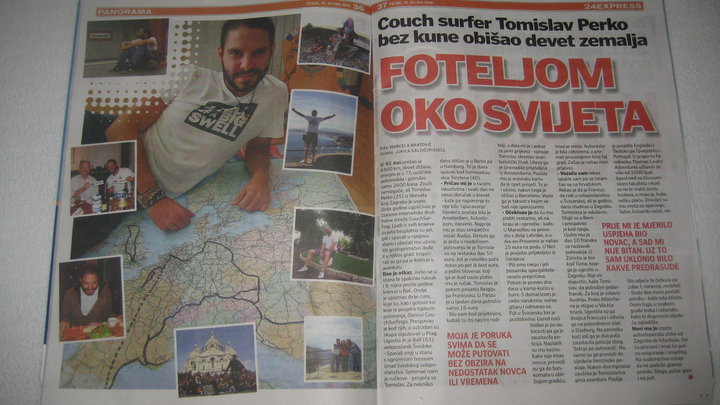 Soon after starting my blog for one Croatian newspapers, I was contacted by first potential sponsors – one travel agency decided to sponsor the race and give each contestant travel insurance, and in exchange we got their T-shirts to make photos in them on our trip. We also got some home made liquor produced by one guy, a bottle each. 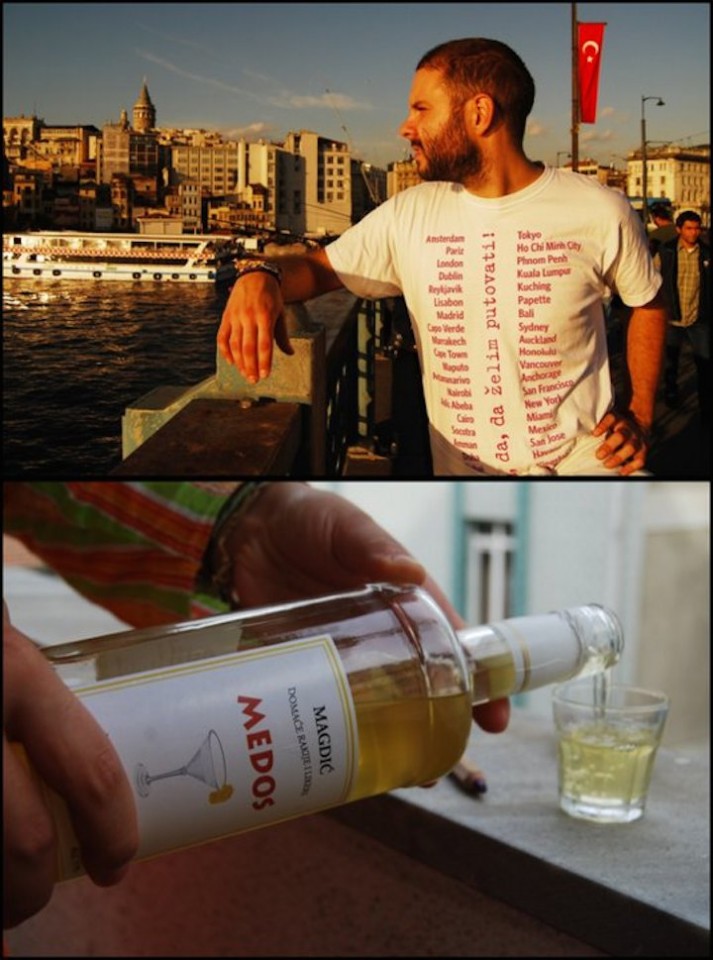 The hitchhiking race went great, and when I came back i got an email from an acquaintance that was working with MasterCard, and she wanted to suggest me to them for one of their campaigns. Few days later, I got my first big sponsor. And they decided to send me to Bangladesh for a month.

“No cash in Bangladesh” could begin! 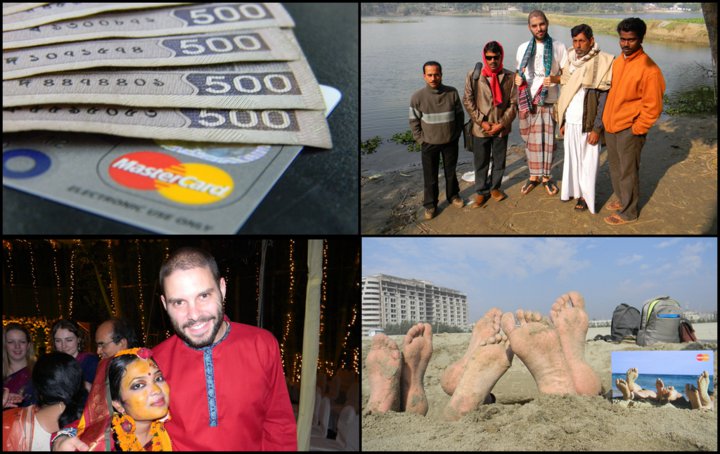 Bangladesh passed, and I came back to Croatia. I gave lectures, was a guest in TV shows, they wrote articles about me and my adventures…

FB page was growing, blog was getting more and more traffic, I put few videos on my YT channel, more and more people heard about the story.

Since I was finishing my studies and getting ready for my RTW trip, I waited for the best opportunity to share my plan with the public – and I did that while I was in one talk show on Croatian TV, on prime time.

Adventure 1000 Days of Summer was announced, sponsors were still here, and I embarked on my trip, towards east. 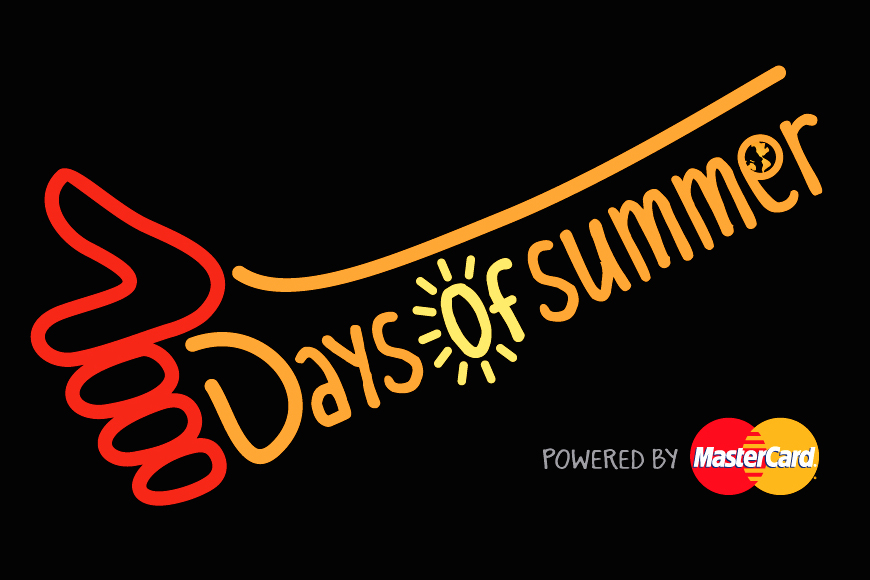 The rest is history – I spent next thousand days writing, taking photos, making videos, and got rewarded for that by my sponsors. Later came the book which I also used for some sponsorships deals, but comparing with the beginnings, this was piece of cake – I created a brand, and a lot of people heard about that guy that hitchhikes around the world. Now I’m getting invites for few TV shows, I’m giving interviews on a regular basis, holding lectures all around ex-Yugoslavia.

And thats my sponsor story.

For the end, 3 most important things:

1. have a product that is unique and will be interesting to people

2. communicate with the public

It takes a lot of effort, brain storming, hours and hours spent on the laptop. Some luck, and good timing.

If someone has a plan to try out something similar – GOOD LUCK! I hope this short article will help.

GETTING A WORKING HOLIDAY VISA